Boat-Friendly Recipes
What to Pack for Your Next Boat Day
The Benefits of Boating During the Winter
Best Boating Destinations in Northeast Florida
What are the Best Boats for Watersports?
What You Should Know About Change & Times...
Is Co-Owning a Boat a Good Idea?
Prevent Boredom Aboard
Best Boating Apps
Tee Off or Tie Off?
Home Boating Tips Learn to Talk Like a Sailor / Boater
Boating Tips 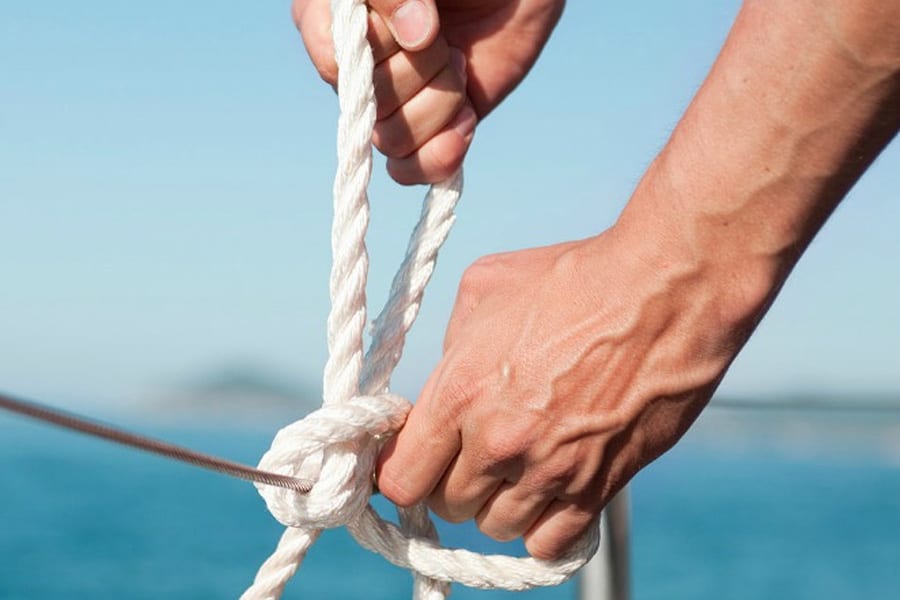 Like most industries, boating has a language all of its own. Many of the terms are technical and unique to the marine industry.  You should learn these basic boating terms so that you can speak to your captain or be a knowledgeable first mate. And if you have any communications with dock. staff or U.S. Coast Guard, it’s important to know some of these terms:

Bow: Refers to the front end of a boat. (You can remember “bow” as the front, because when you take a bow, you’re leaning forward.)

Stern: Refers to the back of a boat.

Forward: When you are moving toward the bow, this is referred to as going “forward.”

Aft: When are you moving toward the stern, this is called going “aft.”

Underway: When a boat is moving, either by motor or wind, it is “underway.”

Ahead: Refers to a boat moving in a forward direction.

Astern: Refers to a boat moving in a backward position (reverse).

Port: Standing at the stern and looking forward, “port” refers to the left side of the boat.  Helpful hint: Left and port each have four letters.

Starboard: Standing at the stern and looking forward, “starboard” refers to the right side of the boat. Helpful hint: Right and starboard both have more letters than left and port.

Port Bow: Refers to the front left of a boat.

Starboard Bow: Refers to the front right of a boat.

Getting on a plane: When you power a boat fast enough for the bow to rise on top of the water, on “a plane”, it allows the vessel to attain significantly increased speeds and requires less power to keep it there.

Transom: The transom is the transverse, vertical section that makes up the rear, or stern of a boat, directly opposite the bow. Transoms are flat or curved and are as high as the hull or low as the waterline. A vessel’s name is commonly displayed on its transom.

Amidship: The central part of a boating vessel.

Topside: Moving from a lower deck of a boat to an upper deck.