Talkin’ Tides
Boat-Friendly Recipes
What to Pack for Your Next Boat Day
The Benefits of Boating During the Winter
Best Boating Destinations in Northeast Florida
What are the Best Boats for Watersports?
What You Should Know About Change & Times...
Is Co-Owning a Boat a Good Idea?
Prevent Boredom Aboard
Best Boating Apps
Home Boating Safety 5 Tips for Boating at Night
Boating Safety

5 Tips for Boating at Night 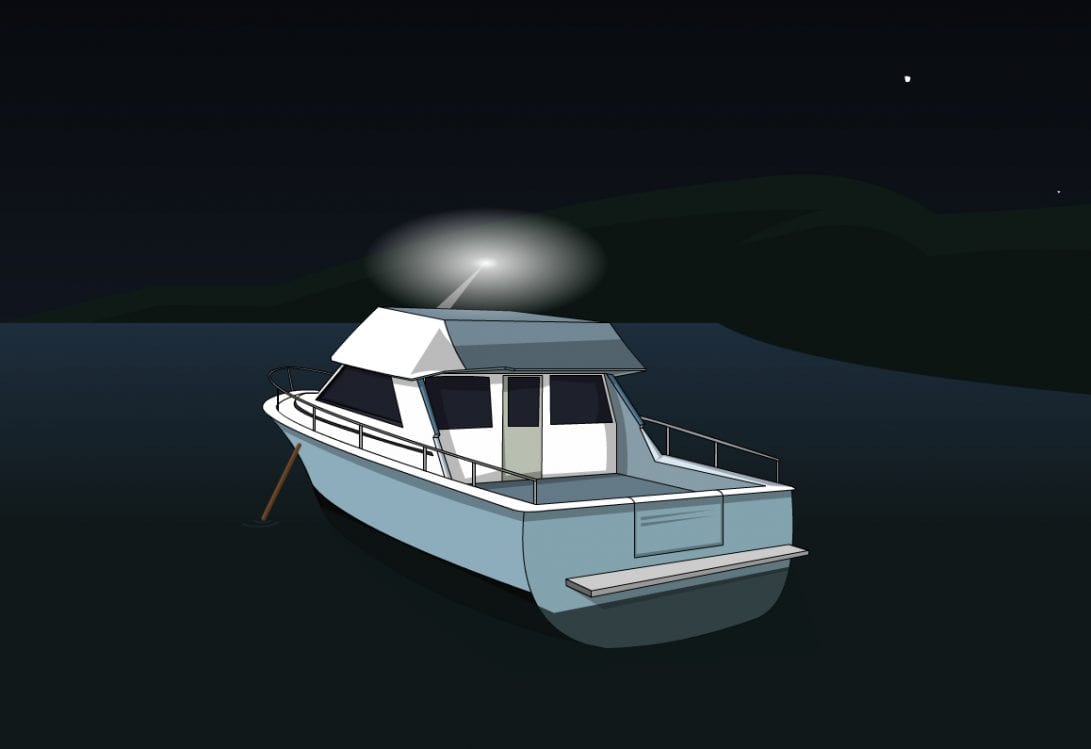 I get a lot of questions from members of Freedom Boat Club about taking a boat out after dark. As part of club membership, boating hours are limited to sunup to sundown. But a member can take a boat out at night if they have a captain, which is a good idea for several reasons.

Most people don’t understand the risks of boating after sundown.  First of all,  in Jacksonville, if  you’re leaving from the Landing, there is a long stretch of pure darkness. The river is wide and has very little light until you reach Buckman, and then it’s sketchy untill you to get to Doctors Lake bridge.

You have to be very careful to look at the markers and the lights. It is not uncommon for lights to be out on a marker and you could totally miss one. You should have your first mate and crew looking as well. In addition, crab traps are hard to see at night, especially if you’re in a big cruiser and you’re high up on the water. And you do not want to hit a crab trap, which can put a quick halt to a great night on the water.

I had a member, Scott, who was coming back from the Palm Valley boat parade years ago, with a Captain at the helm, and a thick fog rolled in. They were going down the Intercoastal from the 210 bridge south, through the Guana, which is already tricky navigating and extremely dark. He was crawling along, watching the GPS and being very careful but it was still stressful. Scott said it was the scariest time he had ever had on a boat.

As for my scariest time, my girlfriend and I started to go to Fort George and ended up with engine problems. We had to come in at night, navigating the Fort George inlet, which is tricky in daylight.  I said a prayer and swore that if I made it through safely I would never do it again. And believe me, I won’t. Everything looks different at night. Shadows cast on the water and it’s very hard to get your bearings.

Boating in the dark is tricky. You can’t see much of anything and that includes the stuff you’re about to hit. That’s probably why most of  us keep our time on the water limited to the daylight hours. But if you go boating long enough, you might find  yourself staring into the inky blackness of a night sky. Maybe mechanical difficulties postponed your return to the dock. Or perhaps you absolutely, positively, have to reach the next harbor before sunrise. Or some people think it might be fun.

If you end up out at night, these tips can help:

Which to Choose? Boat Rental, Boat Clubs or Boat Ownership?

SAFETY FLASH: What to do when Lightning Strikes and You’re Out Boating?